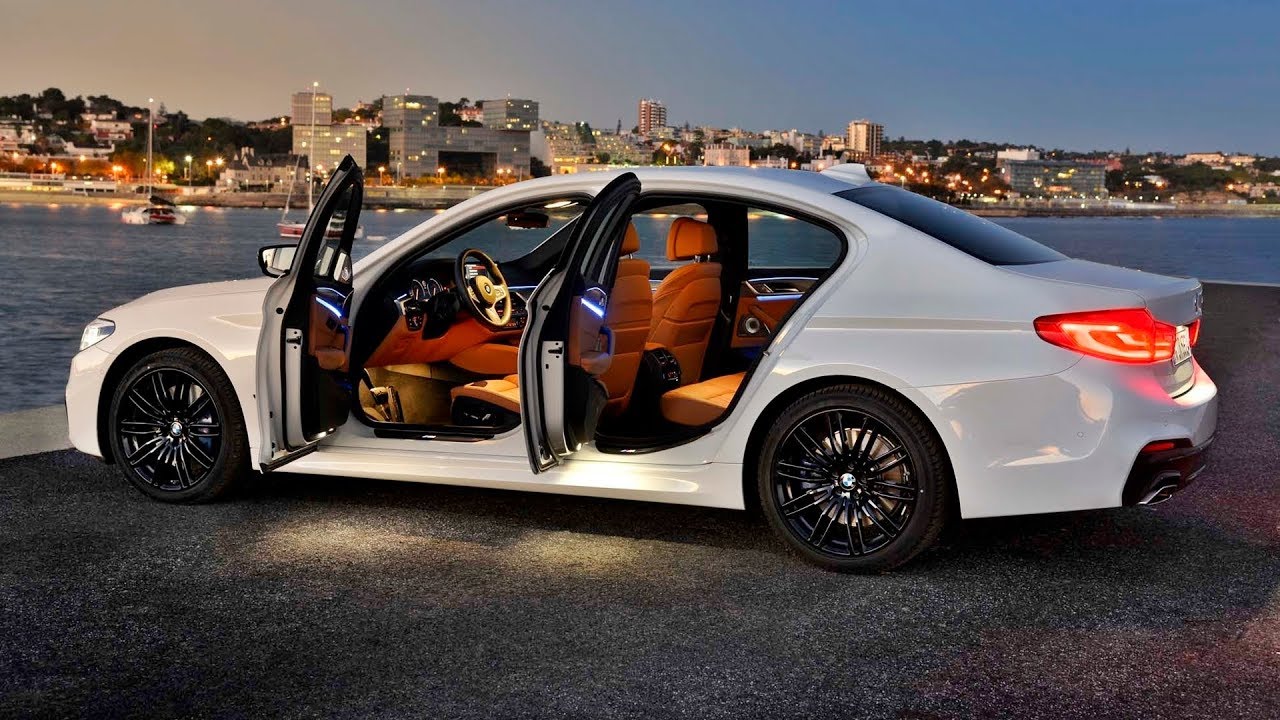 The 2018 BMW 5 Series is fast, comfortable and overflowing with technology.

The 2018 BMW 5 Series lives up to the expectations set by its forebears. There’s an engine for nearly every taste, and the car’s handling capabilities are fundamentally sound. Factor in the 5 Series’ latest tech and safety features, and you’ve got a prime pick for a midsize luxury sedan.
BMW redesigned its 5 Series last year, giving the car updated styling and a bit more interior room without increasing weight. This year brings more changes, too. The 2018 5 Series has three new powertrain options: a plug-in hybrid (530e), a six-cylinder diesel engine (540d) and a twin-turbo V8 (M550i) that puts the car very close to BMW M5 territory. We were already fans of the base 530i and the 540i, so these additions carry an added benefit, whether it be the efficiency of the 530e and the 540d or the muscular power of the M550i.

On the technology front, BMW continues to push the envelope, offering wireless Apple CarPlay integration, natural language voice recognition, and even a cool 3-D simulation of your car from the outside (you have to see to believe) by using the optional surround-view cameras. And as far as modern driver assist aids go, BMW’s are among the best.
Of course, there are other luxury sedans you should consider, including the Audi A6, the Lexus GS and the Mercedes-Benz E-Class. We think highly of the 5 Series within this group, though, and it earns a solid recommendation.

what’s new
Three new 5 Series variants join the lineup for 2018: the 530e iPerformance plug-in hybrid, the 540d xDrive six-cylinder diesel, and the range-topping M550i xDrive with its turbocharged V8. The 5 Series also gets some minor shuffling of options and packages this year.

we recommend
You’ll very likely be content with the power from the 530i, but the extra power and more engaging sound of BMW’s turbocharged six-cylinder make the 540i the 5 Series worth paying a little more for. In either case, we think the Driver Assistance Plus package, which adds a number of active safety features, is a must-have. We’d also add the Premium package to get keyless entry, heated seats and hands-free trunk opening.

trim tested
Each vehicle typically comes in multiple versions that are fundamentally similar. The ratings in this review are based on our full test of the 2017 BMW 530i (turbo 2.0L inline-4 | 8-speed automatic | RWD).

driving
If the driving experience is truly important to you, then the 530i is a sedan to consider. With the exception of upgraded brakes, this BMW doesn’t rely on sheer horsepower or road grip to sling it around corners. What you get instead is a package that feels extremely well-rounded, which is better.

comfort
The 530i is a supremely comfortable car with impressive climate control features, highly adjustable and massaging seats, and a whisper-quiet, soft-riding cabin. The only issue we had with the climate system is its capacity to keep us properly chilled.

interior
The 530i’s cabin is an excellent place to spend time as long as you aren’t a tall rear passenger. The controls are as easy as they can be, but the countless functions take time to learn. Climbing in and out is a breeze, and between the camera aids and windows, there’s no worry about blind spots.

utility
The 530i has a fairly generous trunk with flexible cargo configurations thanks to the 40/20/40-split folding rear seat. In-cabin storage has improved over previous years, and the car seat anchors are easily accessible. The amount of backseat space is the only concern for larger car seats.

technology
BMW is a technology juggernaut and one of the more aggressive manufacturers when it comes to innovative features. Most of them are useful, while some are cool parlor tricks, but we appreciate them all. But iDrive’s character recognition may be getting too smart for its own good.
Full Review