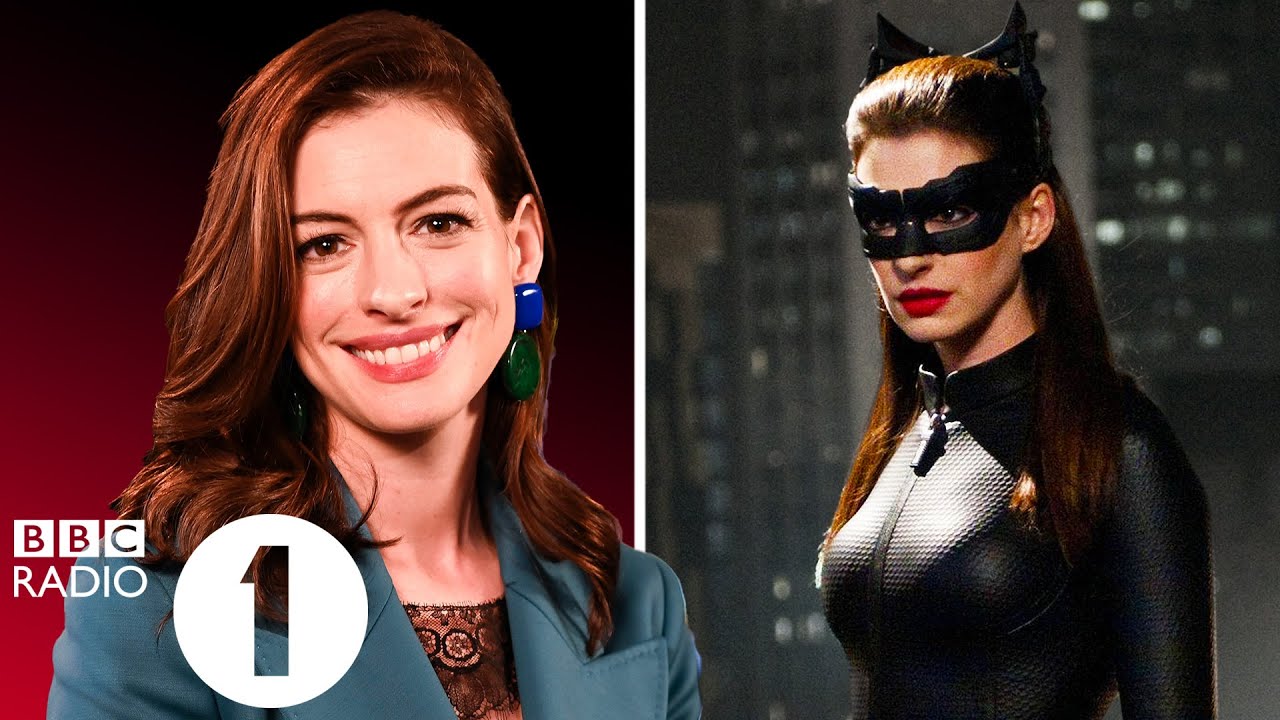 Watch Anne Hathaway: Movies That Made Me in full on BBC iPlayer in the UK:

Anne Hathaway talks to BBC Radio 1’s film critic Ali Plumb in part 2 of this interview from our archives. They discuss the film that landed her an Oscar, Les Misérables, and her work with Director Christopher Nolan in The Dark Knight Rises and Interstellar. She reveals how she originally thought she was going to be playing Harley Quinn, rather than Catwoman, and how she felt singing the iconic I Dreamed A Dream in Les Mis. Plus, how she endured what Matt Damon described as the worst costume ever.

Here you can find your favourite live performances, the biggest movie stars, amazing interviews and more…